From the original and pioneering LTD-500 up to the modern and compact AT 401 Laser Trackers of Hexagon Metrology, allied to the great experience in advanced three dimensional measurements acquired throughout 14 years of history, Tecnimex do Brasil has become one of the major references in providing portable three dimensional metrology services in Latin America.

Tecnimex do Brasil is a pioneer in the measuring services sector and owns 5 Hexagon Metrology systems. “The acquisitions, together with the new generation Leica Absolute Tracker AT401, has brought us more portability, agility and further competitiveness, especially due to its easy transportation on long journeys across our country which is very large!”, stated Mr. Paulo Vieira, Technical Director, responsible for the project.

The traditional passion of Brazilians for football is known worldwide. Full stadiums with cheering passionate crowds showing their love for a sport that sometimes can be compared to a religion, and everything related to the sport, has become even stronger with the arrival of the long awaited FIFA World Cup that will take place in Brazil, in 2014. With the upcoming FIFA World Cup, old famous football temples, such as Maracanã in Rio de Janeiro, and new and modern stadiums, such as the Arena Amazonia in Manaus-AM, are being constructed at full speed and with the most modern methods in the world, in terms of roofing.

Complex metal structures with impressive designs and extremely light and resilient roofs are being installed within tight assembly tolerances and within very short lead times. This has only been possible with the use of advanced three-dimensional metrology technology, more commonly used in cutting-edge industries such as aerospace. From the construction of the first Maracanã Stadium roof support beam of the roof, to the dimensional control, and after the placement of the last canvas in the stadium, a rigorous dimensional control was performed with one of the most accurate three dimensional measuring systems: the Leica Absolute Tracker AT401 manufactured by Hexagon Metrology, a well-established company when it comes to measurement technology and a world leader in the segment. With its high precision, its extreme portability and its incomparable measuring range, the Leica Absolute Tracker AT401 was the ideal tool to ensure that each part built and pre-assembled on the shop floor would be a perfect fit during the final installation at the Stadium.

After its installation, the overall compression ring was rigorously inspected, thus ensuring the roofs’ maximum efficiency. “The main reasons for us to have chosen the Hexagon Metrology solution were its precision, its range and mainly its reliability. However, as it is a more portable and versatile machine, the Leica Absolute Tracker AT401 was essential for the assembly of the beams of the Manaus stadium and the measurement of the Maracanã Stadium”, assured Mr. Paulo Vieira.

Mr. Vieira also stated that the acquisition of the Leica Absolute Tracker AT401, with three dimensional measuring technology, the Hexagon Metrology customer service and product reliability have made it possible for Tecnimex do Brasil, a genuine Brazilian company, to start serving customers in the most efficient way and at a reasonable price, like for the Arena Amazonia Project, in Manaus.

Talk to an expert, we at Tecnimex Group can certainly help you. 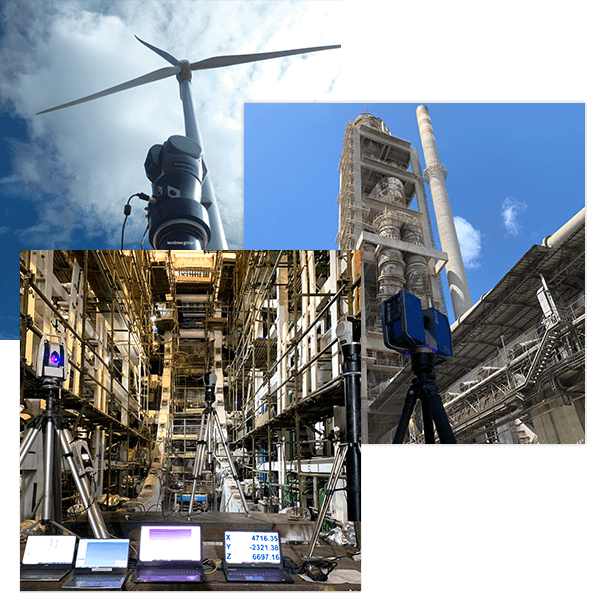 Talk to an expert: